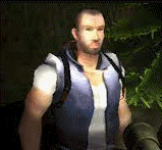 Forsake The Rake is a thrilling 3D action-horror game in which you must solve the mystery of the Rake over ten increasingly difficult stages.

Forsake The Rake is a fascinating game in which you must uncover the secrets behind the strange entity known only as The Rake. To solve the character's secrets and puzzles, you and your partner will need to work together. The generator has to be started, so you find the keys to the maintenance room and go there. Once you arrive there, your generator will require three power cells to be repaired. You'll also locate a shotgun, which is more powerful than your rifle despite its small range of effectiveness. When you're done with the mazes, go ahead and track down the power cells.